If a commercial property owner creates a new garden on their premises, then they should search for a company that offers monthly garden bag collection and start using their service, as this is the best way to stop garden refuse from piling up. However, business owners will sometimes be taken in by certain misconceptions about garden waste and as a result of this, may not end up using this very valuable and necessary service. Here are two of these misconceptions.

Lots of people don't dispose of their garden waste but instead, choose to make compost heaps with this organic refuse. Some business owners with new gardens, who don't know much about composting but want to find a free way to get rid of their new garden's waste, assume that they can follow this approach and in doing so, not have to pay a garden rubbish removal company to pick up their bags of refuse each month.

However, these business owners often do not realise that making a compost heap is not just a matter of tossing weeds and dead petals into a pile and waiting for this debris to break down into soil-nourishing compost. In reality, a compost heap must be carefully maintained. For example, if a heap is not aerated regularly (which involves turning the compost to let air into it), there won't be enough oxygen inside it to allow the type of microbes that break down garden waste to survive, which will result in the refuse failing to decompose. A compost heap that is not regularly aerated will often start to smell terrible, too.

As such, unless a business owner has the time to aerate their compost regularly, they may end up unintentionally creating a big, putrefying pile of rotting organic waste, whose foul odour completely disgusts the clients or customers who have to walk by it whilst on the commercial property, and which cannot be used as a source of nourishment for their garden's soil. In this situation, removing the garden waste from their property on a monthly basis, instead of making a half-hearted attempt to create compost, would prevent it from piling up and causing terrible odours.

Business owners who don't know much about gardening and who have opted for simply-designed commercial gardens may decide not to have their bags of garden waste picked up each month because they do not believe that the maintenance of their new, simple-looking gardens could possibly generate lots of waste in just four weeks. This may then lead to them to the conclusion that they can just stuff their 'small' quantities of garden waste into their normal refuse bins.

In reality, even the tending of garden that consists of little more than a lawn, a couple of trees and a few small flowerbeds could still produce more garden waste in the span of a month than could be comfortably contained in a standard refuse bin (especially when that bin is already being used as a receptacle for a business' other rubbish). As such, if a business owner decides against having their garden waste collected each month and instead relies on being able to squeeze it in with their 'normal' refuse, they will soon find their premises' bin area swarming with bags of rotting rubbish that cannot be crammed into their crowded bins. 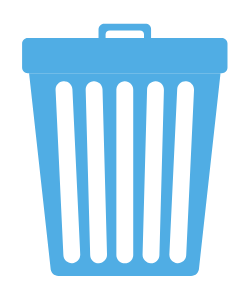 Garbage removal doesn't need to be stressful. By taking the time to learn a thing or two about how best to deal with your garbage problem, you can quickly and easily address any problems you may be experiencing. This blog isn't written by industry professionals but every word you read here has been carefully researched by people who have a passion for this subject. So you can sure that you can access lots of useful info and tips which will make working with a garbage removal team really easy and productive. Check back soon to see our latest updates. Thank you!